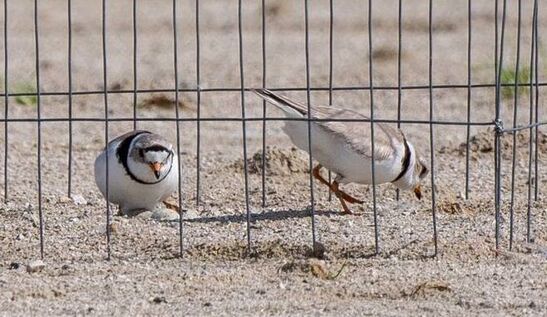 Photo by Mandy Roberts
​For the first time in 83 years, Piping Plovers are nesting in Ohio!

​On May 25th, 2021, Warren and Karen Leow reported Piping Plovers on the lake front beach at Maumee Bay State Park. A rare migrant through Ohio, these Piping Plovers lingered. Thanks to the dedication and diligence of local birder Paul Jacyk, we learned that all three birds were banded and color-marked. The male, named "Nish," was hatched on Montrose Beach in Chicago, Illinois, and two females were hatched at Presque Isle in Pennsylvania. All three were hatched in 2020.

After a few days, the birds began exhibiting courtship behavior, something the birds don't do in migration. As soon as breeding behavior was documented, we knew we had the potential for a nest, and the Black Swamp Bird Observatory team sprang into action! Calls were made to state and federal wildlife agencies, state park officials, and wildlife law enforcement.

On Memorial Day, Monday, May 31, we determined that the female had laid one egg. And that put the wheels in motion to protect the nest with a wire exclosure and to build a volunteer nest monitoring program.

We're incredibly grateful to Tamima Itani, volunteer coordinator at Montrose Beach, for her immediate offer to help us in any way. She provided a comprehensive template for their monitoring program, expediting our effort. We're also grateful to Mary Birdsong and Sarah Sargent of Erie Bird Observatory for their help and expertise.

We hope you'll join the monitoring team and/or make a donation to help these critically endangered (and adorable!) birds.

From ​The Birds of Ohio by Bruce Peterjohn, 1989 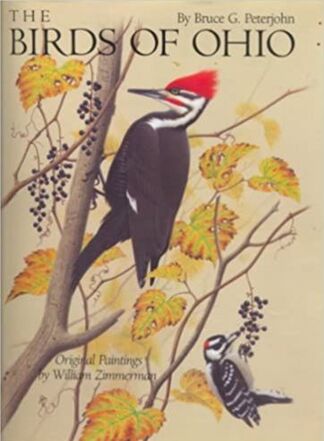 “Although nesting had been suspected for many years, the first Ohio breeding pairs were discovered at Cedar Point (Erie County) at the turn of the century [that is, around 1900]. Subsequently, breeding Piping Plovers were discovered in Lucas, Ottawa, Erie, Lorain, Lake, and Ashtabula Counties. This population peaked during the 1920s and early 1930s. Although their numbers fluctuated annually, as many as 26 pairs were estimated along the lakefront between 1925 and 1935. This population was reduced to only 6 pairs by 1937 and the last documented nesting attempt occurred at Cedar Point National Wildlife Refuge (Lucas County) in 1942.

“Breeding Piping Plovers were restricted to large beaches and sand spits devoid of vegetation, with as many as 6 pairs nesting at a single location. Despite excellent camouflage of eggs and young and the constant attention of vigilant adults, their nesting attempts were frequently unsuccessful. Nests with eggs were mostly recorded between May 20 and late June with renesting attempts producing clutches through July 18. Adults with young were observed between June 16 and August 4.”